How to Take a Website from Grey Hat to White Hat

If you know the history of the terms White Hat and Black Hat—how they started in grainy westerns where a hat was the only way to tell the silent villain and hero apart—you may understand why I really appreciate the place of these terms in SEO.

Sure, SEO is a lot like a frontier. And Google would love you to think in terms of good and evil, but what we’re talking about today is the people who sort of stand in the middle.

The middle is a little shakier ground than most, especially after the most recent changes to one of our favorite grey hat devices: PBNs.

For several reasons, I’ve been putting a lot of thought into the effort it would take to turn a grey hat site white again—to take the links built with PBNs and steadily replace them with links that I gathered from white hat sources with longer pedigrees.

But I’m not wondering any longer because the massive year-long case study I put into learning what I needed to know is now complete and ready for you to put to use on sites that you intend to sell at a later time.

But why turn a site white hat? What does it mean, and how does it work?

The Motivations of Going White Hat

If you’ve been nurturing a fantasy of SEOs as the plucky residents of a frontier town, you may have noticed a recent shift in the headwear of the local citizenry.

If we were in a Western, you might think a tent revival was in town the way everyone has turned into a righteous holy roller.

Outlaws and grey hats alike are putting their focus on outreach links.

There could be several reasons to do this, but I’m going to focus on the one that makes the most sense to me and inspired the experiment I performed: Selling Websites.

PBNs are, and remain, a powerful ranking strategy, but website buyers, even those who intend to use PBNs themselves, don’t necessarily want to interact with your ongoing network.

Websites that have link profiles built from influencers, publishers and industry voices for that niche are always going to fetch a higher price.

In fact, the relative ease of selling sites with more developed link profiles, along with the higher ticket price, may balance out the costs of turning the link profile over. 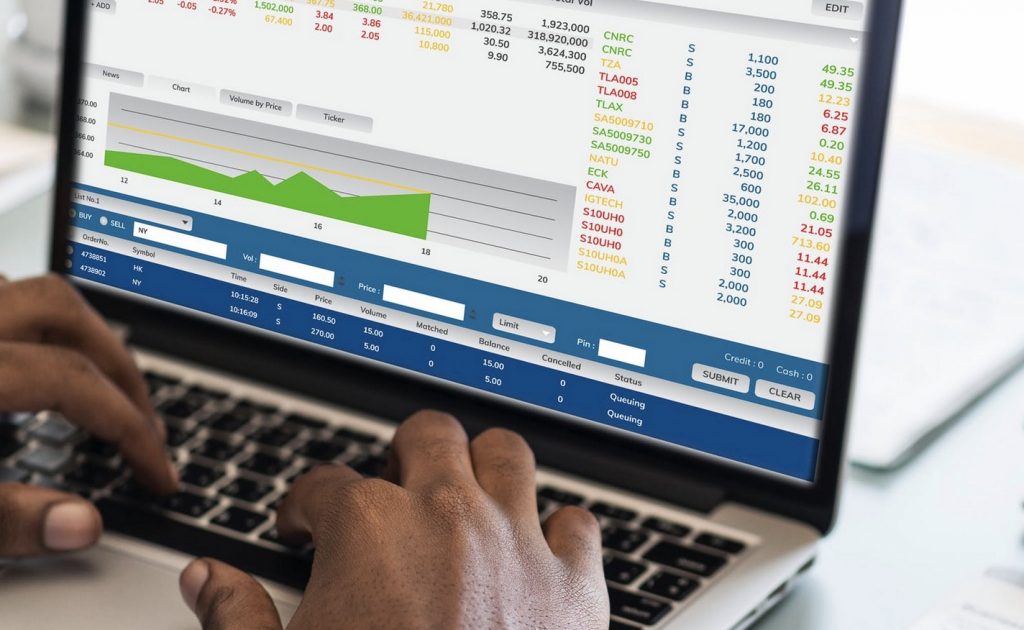 If some of your sites rely on PBN networks that aren’t up to the highest standards, it’s time to start looking at the kind of effort it will take to go white hat again without losing the rank that the PBNs paid for.

I made the same decision for some of my sites. That’s why I can now offer you the results of a case study that has been more than a year in the making.

My goal in launching Operation White Hat was to find out if I could trade PBN-generated links for industry outreach and other links without losing any steam.

The site used in the case study was an important one to me (more on that, later).

I wanted to path, for myself and others, a safe pace, and a safe exchange rate for replacement links—to replace the links steadily enough that the rank of my site never seriously dipped.

Think like you’re Indiana Jones in Raiders of the Lost Ark, gently replacing the golden idol with a bag of sand, so as not to trigger the trap.

If done correctly, you can have a sparkling clean link profile but keep the rank. My case study has revealed at least one timeline and ratio that works well for that.

Here’s how it happened…

My Case Study into Link Exchanges

For the case study itself, I chose a profitable website in the beauty niche that draws in tens of thousands in revenue a month. This is an important site for me, and that played a role in why this case study was so long and careful.

To put some numbers to what I was working with, we had reached 300K visitors per month and put over 457 keywords on the first page at the top of this site’s trajectory. 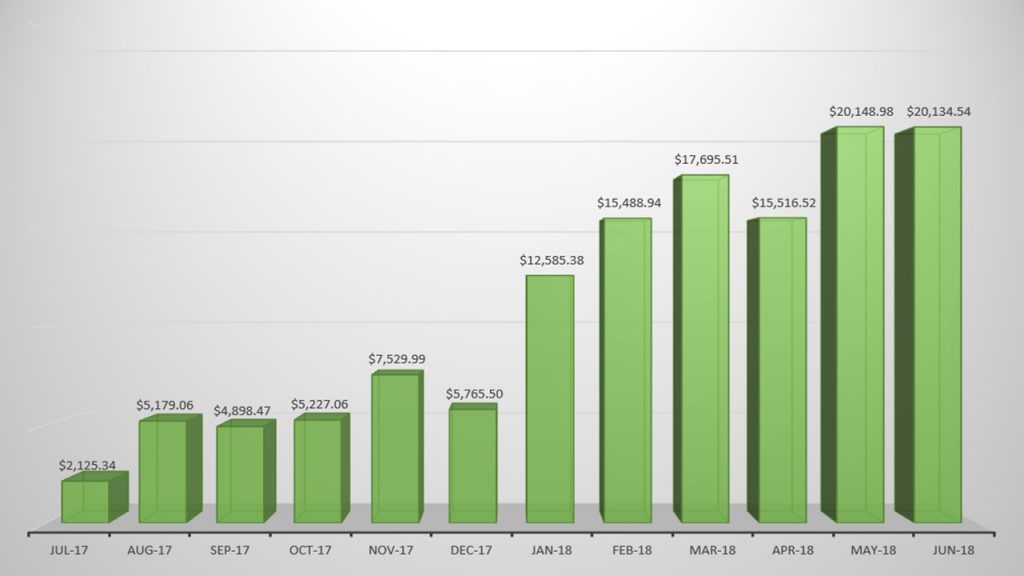 The work it took to get the site this far was mostly done with PBNs. By using them, I was able to really precisely control the velocity of new links to the site, the ratios of the text anchors, and the power of the domains.

My goal was to prevent any of this work from being wasted when I began the wholesale replacement of the link profile over my preferred timeline.

Just below is a timeline of the case study in a line graph that goes from August 2017 to Jul7 2018. As you can see, PBNs were doing excellent work all the way up to about December 2017 when I began to transition to removing them.

As you can see, at the start is the complete number of PBN links I had going to my test website when I started the removal process in December.

The line tracks the replacement of all of those links until I reached the point that there were none left in my link profile. By June of 2018, the last PBN link had left my profile.

Let’s get a little deeper into how that happened.

I wanted to build these links through outreach, and it turns out that are a lot of ways that you can do that. To build a diverse link profile with just outreach tools requires really understanding the options that are available.

That was a somewhat sizeable amount of the total number of links pointing to the site, so there was a threat that the site’s position would be threatened by changing the link profile.

Even worse, it wasn’t as simple as a 1:1 ratio for replacements.

To make sure absolutely that I didn’t lose too much by replacing aged links with new ones, I had to replace them with links that met a high-quality standard and were numerous enough to make up the difference. That meant close to 2 new links for each one I killed.

Before replacing all these PBNs, I had to build a new idea of what my profile should look like.

I didn’t want links that all came from one source. Might as well diversify while going legit, right? 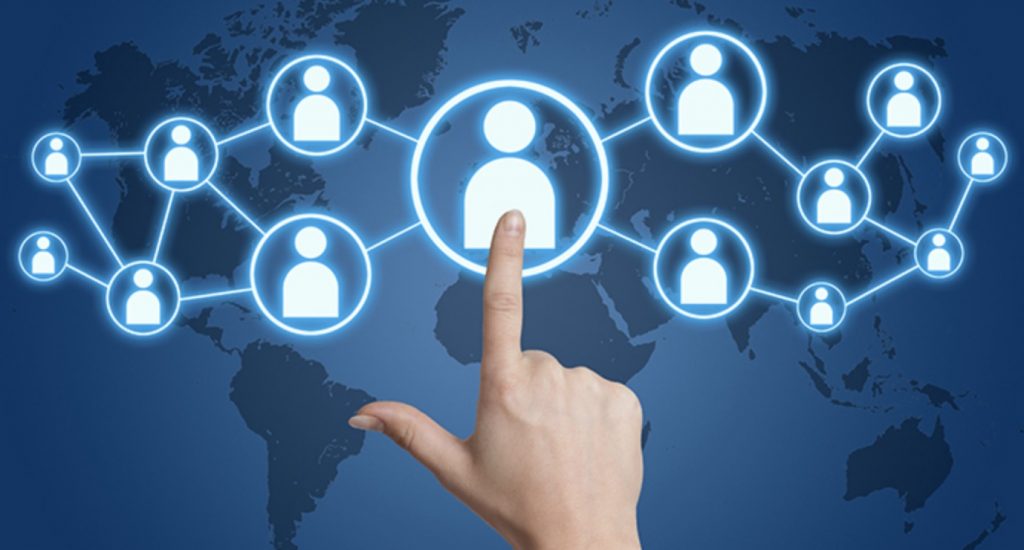 I really wanted to mix it up as much as possible with my outreach options.

Each one had a more advanced process than what is detailed here, but these notes should give you some insight into how each source was sought out and then leveraged.

Sniper outreach is named for its focus on a single, high-value partner. In particular, I wanted to make sure that I targeted people who were already in my niche, and very good at it.

Tracking these people down isn’t the hard part. They are the names that come up first when you type in any Google search for a particular niche.

The first-page crowd is using the right terms and right strategies, so reach out just to learn if nothing else.

Learning is a great opening to the kind of relationship that ends with exchanges of links, and it does often take a relationship to get exchanges with people who care so much about their sites.

Be prepared to offer them content that’s valuable, and to be ready to think about how you can help each other over the long-term if you want to get past the first email.

Shotgun outreach is named because the focus is hitting as many targets as possible.

Form emails are far more appropriate here because unlike the targets for the last section, these partners are not often expecting a long relationship.

They often have a domain value formula (or a dollar price) that determines whether they’re going to link out. Usually, you can get by trading them a useful piece of content.

Because it’s a nightmare to go out and find the people who are offering these relationships yourself, I relied on GMASS to find most of the partners that were used for this case study.

It’s nice when you own a company that can build links.
I used Authority Builders Co. (ABC) to order and build out a large selection of guest posts. They also handled the editorial links that follow.

These were higher-end links that were drawn from contributions to major publishing partners like IBM, Forbes and Smashing Magazine.

Roundup articles are those that include a mix of different opinions from influencers, usually those from a single field.

Usually, roundup articles present a question to subject matter experts, who are then allowed to answer along with a link. The answer gives the chance to communicate some value, in addition to creating a page where the link is placed close to other influencer links.

I enjoyed some help from some roundup partners who were willing to exchange links.

When it was complete, the numbers and ratios worked like this.

As you can see, the distributions of each new source were fairly even. I wanted to have the diversity of the new links as an additional source of security on top of the number of them that were being developed.

So, that how the case study went. The traffic is the primary data that is being tracked right now, and I hope to have updates soon about the growth. For now, if you’re thinking about this data, I have some ideas for how it could be put to use.

This case study was valuable internally just because it helped me develop a tested process if I ever need to overhaul a site on short notice. For the rest of you, I hope you can take advantage of the following implications for other website owners…

Grey to white: It can be done. There may be further long-term consequences, but based on the months of data available now, a site can safely have its entire link profile turned over without immediately tanking the site.

This has the biggest implications for people who sell websites based on the power of their link profiles. If a website can be safely transition from one major source of links to another, that suggests a lot about what kind of domains could possibly be renovated for profit.

I’m really looking forward to hearing from any of my readers out there about their own experiments into doing link replacements at this scale.

6 Months is a manageable timeline for a link overhaul

This is the second really important implication. Playing with your link profile is pretty dangerous, and I think some people would have thought before this study that it was impossible to do safely in six months.

That may be true, but I think the balance of the diversity and the ratio of new replacement links mitigated the risk of that.

Keep in mind that if you ever need to replace links fast, it can be done using the sources and ratios we discussed earlier.

I’m really excited to hear all your questions and comments about this one. Please let me know if you have anything to say in the content below.

7 Ways to Future-Proof your Outreach Efforts 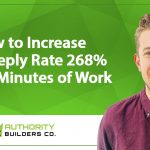 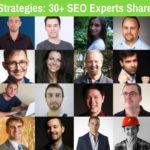 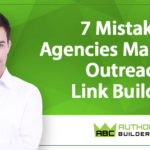 Authority Builders Co. is a perfect solution for anyone needing to scale up their outreach.

I always look for the site's indexation and traffic count since other metrics can be manipulated. The links I received passed them. Great job!

I tried Authority Builders Co. and got links from real sites that not only look great but get traffic. The perfect way to diversify your link profile.