When Matt Cutts said that guest posting was dead, it sent the SEO community into a tailspin. After all, if Google’s former head of web spam declared it “too spammy” to work, then guest blogging should be scratched off every SEO campaign, right?

Let’s set the record straight: Cuts himself corrected his statement, saying that the problem isn’t guest blogging per se, but the fact that many sites that employ guest posting as a strategy are low-quality or straight-up spam.

Nonetheless, the question about guest posts and their effectiveness in modern SEO comes up often in SEO circles.

I set out to separate fact from fiction. At Authority Builders, we provide guest post opportunities to our customers.  So it’s in our best interest to figure out if what we’re selling is actually working.

We ran single-variable tests on one hundred websites, selecting the right test URLs to make sure we’re isolating the effect of the guest posts we’re sending to them.

So, is guest posting still an effective tactic in 2021? Keep reading to find out!

To put the debate to rest, we needed to test the link quality of 100 randomly-selected websites that Authority Builders works with. I wanted to get the answer to two questions: 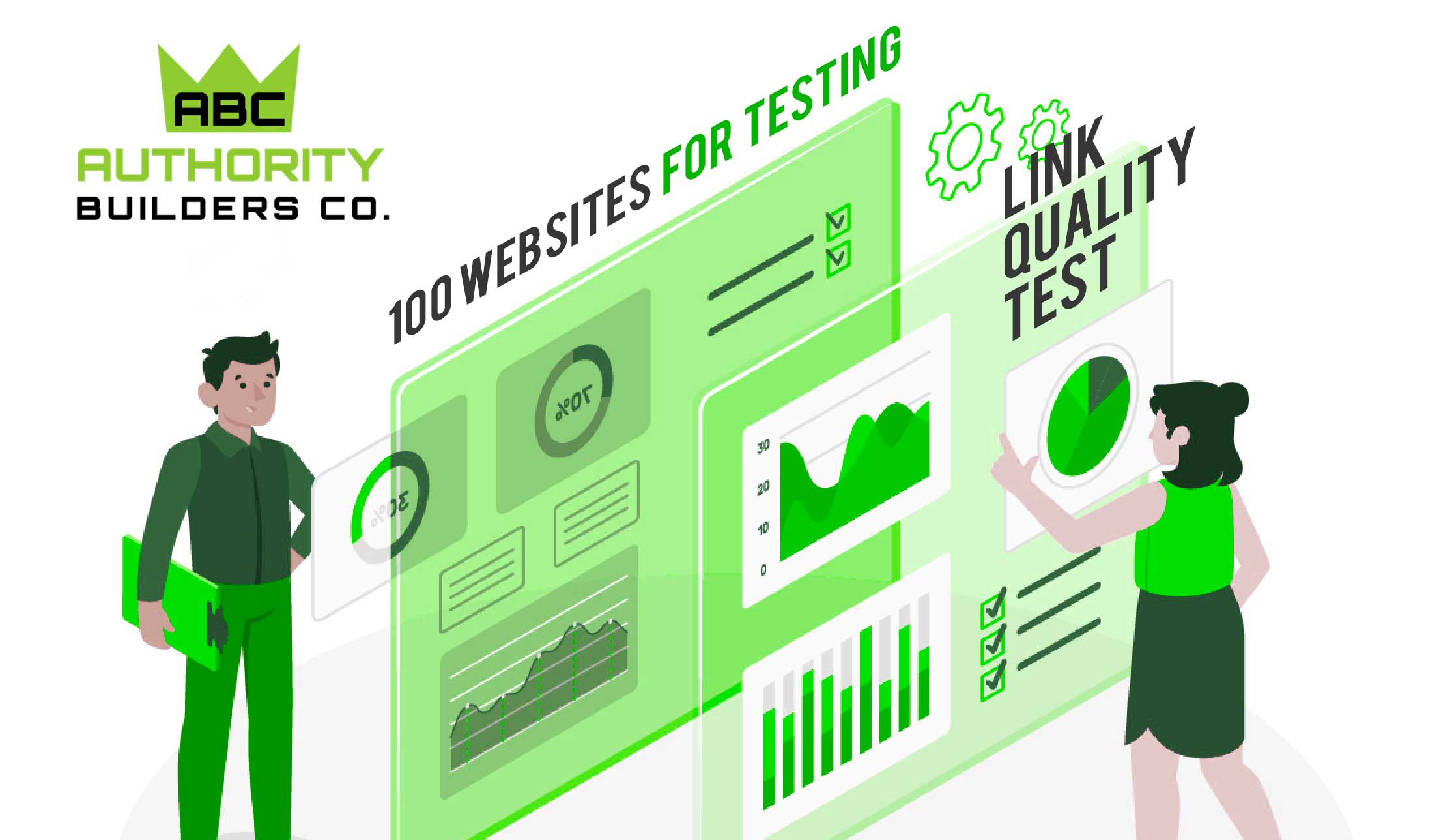 Our methodology was simple. First, we looked for pages that fit a specific set of criteria:

There’s a specific reason for us choosing results on page 2-4 – URLs that rank on page 2-4 are healthy and liked by Google, but they don’t have the PageRank to overtake the top 10 results.

We got some pretty interesting results.

We’re also very likely to see movement by sending a link to a site ranking in this range (if the links are good, that is). 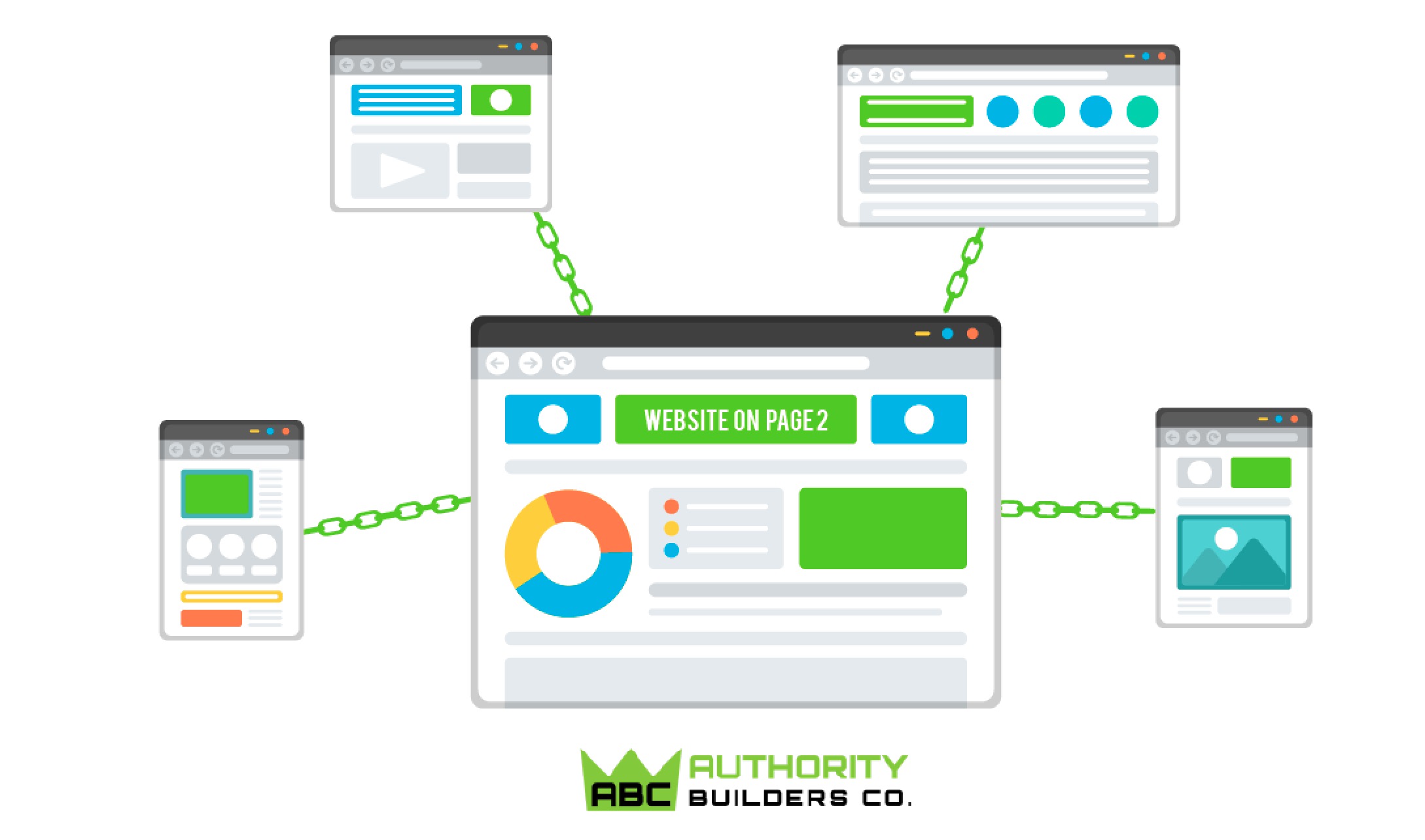 We also made sure that these URLs had zero links pointing to them.  This ensures that we’re not going to over-optimize when we send a target anchor text.

This, combined with only taking URLs on page 2-4, ensures that we have the perfect test sites for our theory – they’re well-optimized in every other way except for backlinks.

Then, we sent a guest post link to the page using the exact keyword as the anchor text, for example, “Taylor Swift Memphis tour 2016” or “satellite in Silverlake”.

Again, we did this with ONE HUNDRED links. And yes, it was EXPENSIVE. But all in the name of science! 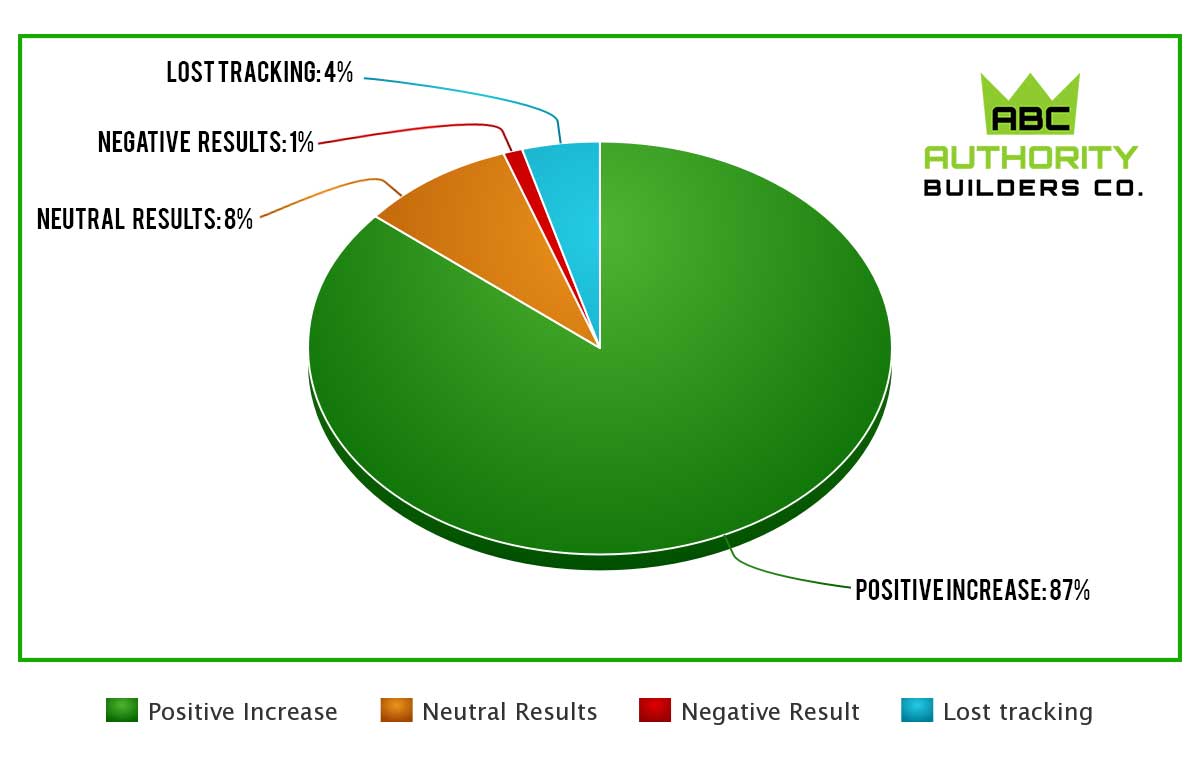 87% of the URLs we tested saw an increase in ranking after we sent a target anchor to it.

This one page was ranking at #36 for the keyword “spac concert tonight”. After linking to it from a guest post, its rankings increased after 9 days, peaking at the #23 spot.

Another page’s rankings increased by 10 places in 17 days for the long-tail keyword “the pretty reckless who you selling for songs”.

This URL saw a huge increase, followed by a plunge in rankings. But eventually, it started displaying a positive trend (something typical that can come up with the Random Documents Algorithm) :

At the time, we also noted eight “neutral” results or URLs that didn’t have any significant increase in rankings after the guest post.

But when we tested them again much later, we found that most of them (all but 3) turned around and are now ranking higher (more on this soon).

There are a couple of theories for this. One could be that this method just doesn’t work for some domains. Another is that it just takes a while for it to kick in – but we’ll get into timelines a little bit later. Of course, these are all theories at this point, and we need to test them before we can make any sure statements.

Out of every link we tested, we only got ONE negative result. This URL, which we tried to rank for “the who Boston”, saw a dip in rankings.

But when we dug deeper, we discovered that the entire site was hit during the May 2020 update. Their organic traffic took a dive, so it’s no surprise that their rankings did as well.

We also “lost” tracking for four other keywords due to a glitch with our rank tracker, so we don’t have to go into detail about those.

​Does guest posting still work in 2021? The answer is a resounding yes.

An overwhelming majority of our test sites saw a significant increase in rankings after we sent a link to them. This proves that getting backlinks from guest posts is not a dead-end tactic.

Now, the question is, how long does it take for your guest posts to “kick in” and affect your rank?

​Our URLs showed a change in ranking after an average of 11.14 days.

This is surprisingly quick. As in, I was literally surprised.

I had assumed that Google had been increasing the delay for link kick-in, but I guess the bots are crawling sites faster than before.

I was also surprised to see that our fastest results came in just two days. This page ranked at #40 and by May 6, it had shot up 10 places to #30.

The slowest result we had clocked in at 29 days. We originally classified this as a neutral result, but after we checked the rankings a couple of weeks later, its rankings had gone up again – even surpassing its original rank.

Some people think guest posting is dead, but the data proves that nothing could be farther from the truth. Getting a backlink through guest blogging can pass PageRank and give your URLs a serious rank boost.

But Matt Cutts isn’t entirely wrong either – too many sites offer spammy guest post placements simply to manipulate your rankings. Our theory is that by sticking to websites that rank themselves is a great first step in getting great results.